“Without great knowledge and ability to use the laws of risk and the theory of probability, many huge buildings would not have been built; diseases would occupy people unhindered; the planes did not fly. Without the capital market, people with funds would not be able to invest their capital and diversify emerging risks, and the business spirit would suffocate. Capital-intensive industries such as railways and power plants will be built in an inefficient government style or not at all. Economic growth will be rapid and the standard of living will be more primitive than we usually think”. 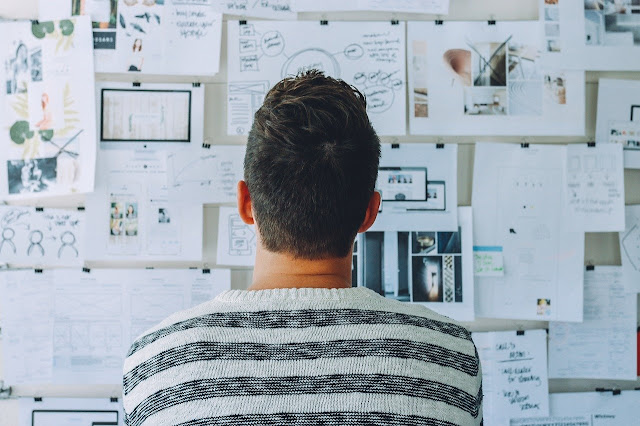 Risk management can be compared to trying to define and control the future. Historically, the main changes related to risk management, as well as the construction of risk management systems, have been made in organizations involved in financial activities. Historical risk analysis has developed mainly in two areas of human activity — financial and security. However, the scope of economic risk analysis has not yet been formalized. What is Risk in Economics?

Research into the problem of economic risk is intensively carried out in countries with developed market economies. For example, in the 1960s, a number of scientists in the United States developed a comprehensive theory of the risk of commercial organizations. You are V. Anderson, V. Arsour, G. Magnusson, S. Stone, V. You can name the names of Western authors dealing with this topic, for example, Ting et al.

The solution of problems in the field of economic risk analysis in our country began in the next 2-3 years. In Russia, they have been talking about this for the last 15-20 years. Russian scientists began to pay more attention to the study of this problem with the formation of a market economy than during the existence of its directive. Among them are Algin A.P., Balabanov I.T., Kleiner G.B., Grabovy P.G., Shapiro V.D., Kinev Y., Skamay L. and so on. This is because if in a centrally controlled economy the costs of unjustified economic activity of an enterprise are traditionally borne by the state, in a market economy they are borne directly by the economic entity. Recently, there have been separate publications in the local literature on various aspects of risk in specific areas of management (for example, banking, insurance), but there are no generalized theoretical works that reveal the essence of the economic category "risk".

The concept of "risk" is currently used in many specific natural and social sciences.

Consequently, risk is the subject of interdisciplinary research. The peculiarity of the development of modern society makes it not only possible, but also necessary to study the concept of "risk" as an economic risk.
In general, risk is defined as the occurrence of certain adverse events that can lead to various types of damage (for example, physical injury, loss of property, income below the planned level, etc.).
In modern economic conditions, the adoption and implementation of management decisions are subject to the influence of objectively existing and radically uncertain uncertainty, risk, the possibility of a certain deviation from the originally developed goals. Any manifestation of uncertainty can delay the onset of events, change their content or quantification, or lead to the undesirable development of predictable and unforeseen events, which will lead to deviations from the purpose for which the decisions were made.

Thus, the economic risk objectively becomes an integral part of the economic system of the organization. Inevitable changes in the system because of the presence of risk and its distribution are a constant and strong factor in the development of an organization and society as a whole.
Risk refers to life that may be harmed in the future by certain events. This definition confirms the probable nature of the risk and the ability of the economic entity to receive both losses and additional benefits.

Recognizing the probabilistic nature of the development of the economic system, random factors affecting economic growth can delay the expected result or change its content. Theory and especially practice show that ignoring economic risk hinders the development of an enterprise and society as a whole. Lack of risk, i.e. the risk of unpredictable and undesirable events for the subject, as a rule, harms the economy, reducing its dynamics and efficiency. The problem of risk is one of the most important and urgent, and the level of economic development in the future will largely depend on its solution.
Since ancient times, humanity has realized the dangers of all life processes and is trying to predict natural disasters and problems that await him in the future, predicting the future, and especially to understand how to live in economic activity.

The origin of the term "risk" begins with words such as the Greek ridsikon, ridsa — cliff, stone. In Italy, risiko means danger, threat; risicare — move between stones. In French, risdo is a threat, a threat (literally a rock, two steps from a stone).
The emergence of the problem of risks and their study has a much longer history of their formation and development. For example, the ancient Greek historian Herodotus noted, "great deeds are usually determined by great risk."

The prophets and fortune-tellers of ancient Rome and China developed fortune-telling methods of risk management. Currently, we cannot assess the accuracy of these methods, because we do not know them, but many of them played a role in the history of humankind and influenced very important decisions. For example, the Old Testament tells the story of an Egyptian pharaoh who, in his prophetic dream, saw seven skinny cows greedily devouring seven other fat cows. Then he dreamed that seven weak spikelet’s were swallowing seven healthy spikelet’s. To protect himself from this danger, Pharaoh purchased and stored large quantities of grain. Thus, the Egyptian people escaped starvation.
In ancient China, the Book of Changes served as a prediction of the future for thousands of years. Based on these forecasts, very important government decisions were made. Of course, not all of these decisions were correct, but most of them saved lives. Thus, this book can be considered one of the oldest and even the first guides to forecasting and risk management.
Risk insurance also dates back to antiquity, when the class of traders was born. From about the middle of the 16th century, after the great geographical discoveries, the development of insurance especially accelerated in connection with the first wave of "globalization" of trade. Currency risks were taken into account by currency exchanges from the very beginning of international trade.
In 1730, Frenchman Henri de Moivre proposed a normal distribution structure and used the standard deviation as a measure of risk. Several years later, Daniel Bernoulli defined an expected aid program based on modern portfolio investment theory. In 1754, Baes proposed a theorem that determines how informed decision-making affects decision-making. Thus, almost all modern risk management tools are based on discoveries made during this period.

These tools include the discovery of the law of statistical regression in 1875 by the Englishman Francis Galton, the American G. Application of Quantitative Diversification in Investment Portfolio Management Markowitz (1952), G. Modigliani Investment Theory, N. Financial Opportunities. Blake and M. Scholes and many other researchers and practitioners have explored new financial instruments that have reshaped the face and power of financial markets over the past half century.
After a while, a theoretical understanding of risk as an economic category begins. Adam Smith and other English-speaking scholars often used the word "risk" to refer to risky actions. He noted that profits rise with risk, but are gradually lagging behind. Academician Storch, a German scientist-turned-Russian academician, preferred the worker to receive a salary rather than a profit, because he risked nothing.
Representatives of the classical theory (J. Mill, N.V. Large) understood entrepreneurial income as the sum of its components: the share of invested capital, the entrepreneur's wages and risk payments — this was viewed as compensation for a spontaneous market and risky actions in the competition. In this case, the dangerous behavior of the business entity and the calculation of possible losses are completely independent of each other.
For the first time, Frank Knight focused on economic risk as a problem. He writes: "The concept of risk is central to a society that says goodbye to the past, to traditional activities that lead to an unknown future."
It is very difficult to give an example of “risk” in business that can be used to predict the distribution of various potential outcomes. This problem can only be solved by studying empirical results, and then there is no guarantee that this will give a definite result. Many risks can be brought to a largely predictable level using statistical grouping, although an equally important part is not devoted to such a procedure.

Thus:
1. Statistical studies of the emergence of any positions do not allow obtaining ideally accurate quantitative results;
2. The risk or probability of making a profit, which is an integral characteristic of entrepreneurial activity, to some extent allow theoretical analysis to complement the study of empirical data. 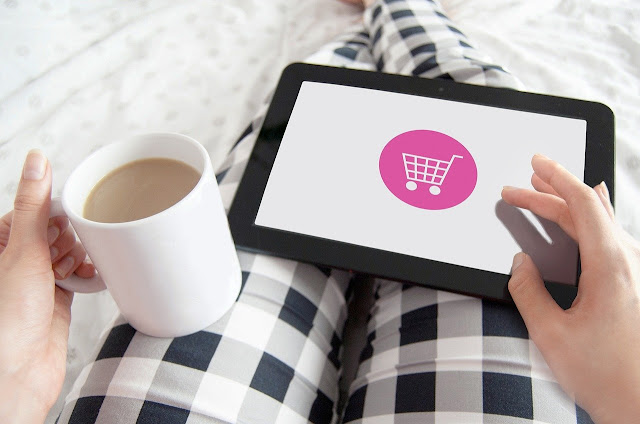 In modern society, the Internet is a platform for trade and advertising. Currently, e- business is actively developing. The development of e-commerce as a sphere of the economy, which includes financial and trade transactions that are carried out using the capabilities of the Internet, is due to the general increase in the role of impersonal sales using information technologies. New types of market interaction for the sale of goods and services via the Internet allow companies to reduce the costs of their promotion, accelerate the introduction of innovations and improve the quality of services while meeting the needs of customers more fully. With the help of Internet technologies, which are a platform for communication, the world community has managed to overcome a certain number of technological, information, and language barriers that arise at certain stages of information interaction. In the context of global competition, the Internet and digital technologies are driv 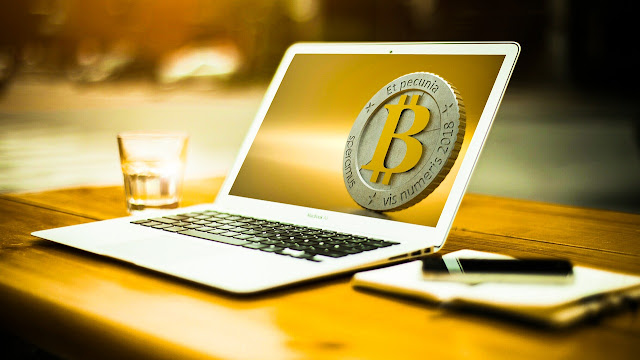 If you are a newcomer in online stock trades then there are some fears which come into your mind don't worry we will provide the best guide for online stock trading which will help you to take a position in the market and to achieve your goals all you need to do is follow the guideline and make a note about every slight thing. Here is the guide.  Choose the best online agent   In the first place, you want to open a money market fund with a web-based stock financier. Take as much time as necessary exploring the standing, charges, and surveys for various choices. You need to feel sure that you are picking the best web-based stock specialist for your circumstance. As you research, see exchanging commission charges (many will offer free exchanging), how simple the application or site is to utilize, and regardless of whether it gives any exploration or learning apparatuses for clients. If you are completely new to the market and don't have any idea of what's going around and